Constant Racing is a sim-racing team co-owned by Mark Stanton and Joe Consiglio. The St. Helens-based squad was founded in 2009 and have been competing in the GPVWC ever since. Over the years Constant Racing have fielded cars in the Superleague, Supercup and Masters Series.

In early 2009 good friends Joe Consiglio and Mark Stanton were driving in the GPVWC Superleague. Consiglio was signed as lead driver to Nordsjoen Racing whilst Stanton was driving whatever he could get his hands on. Incidently only weeks before the season start, Joe and Mark had joked about forming their own team, Constant Racing, at the time it seemed like a distant dream. However after the 2009 Japanese Grand Prix, R4 Engineering went bust and Stanton quickly approached the GPVWC about filling the spot. The position was granted and Constant Racing was born. Consiglio and Stanton both held a 50% stake in the team, with Mark deciding to take on managerial responsibilities as well as becoming the teams lead driver. Consiglio stayed on at Nordsjoen but was also in charge of driver recruitment and PR at Constant.

After a solid first year in the series, Constant Racing had a lot to be proud of. As well as producing one of the leagues’ most striking liveries, the team managed to finish a credible 8th in the Constructors Championship and emerged from the year as regular point scorers.

Constant Racing also entered the augural GPVWC Masters Series in 2009. The team finished 2nd in the standings and scored multiple pole poistions, fastest laps and podiums. Richard Bayes brought the team their first win in any series courtesy of a superb drive at Surfers Paradise.

In the winter of 2009 Constant entered the GPVWC Megane Trophy mini-series. Wins from Consiglio and both Stanton brothers brought the St Helens outfit their first ever team's championship. 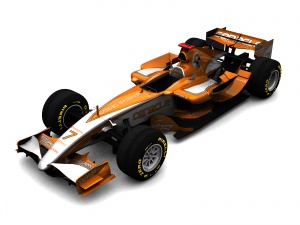 In 2010 Constant Racing's presence and reputation in the league continued to grow. The team entered cars in all three of GPVWC's main competitions. Mark Stanton scored the team's first ever Superleague podium in Canada. The Stanton brothers also took wins at Melbourne and Monza in the Supercup. In the Masters Series Constant scored some useful podiums on their way to 2nd in the team's standings.

In 2011 Constant elected not to compete in the Supercup. Mark Stanton scored the team's first ever Superleague fastest lap in China but overall Constant's 2011 Superleague campaign was blighted by misfortunes and accidents. The team finished a rather disappointing 9th in the Constructors Championship despite a late surge of solid results from Stanton.

Constant Racing has several teams in the GPVWC.