Woods Racing is a GPVWC Constructor and was formed in 2002 by Ollie Woods only a thirteen year old boy at the time. The team and every driver who races for Woods are affected by the 'Woods Curse' for every race. The Woods curse formed in 2009 after the teams last victory. As of yet no one knows how to uplift the curse. The team started out in the GPTC with varied success before graduating to the GPVWC/F1VWC in 2004. A strange year included two wins thanks to loan driver Philip Williams as well as various DNFs and DNSs due to unreliable drivers, most notably Vincent Keersmaekers. This led to the team being "relegated" at the end of the season. However, the team soon bounced back and took over MMC's grid slot midway through 2005. Despite the "shitbox" of a car the team kept going and even scored points. From 2006 to 2008 the team competed with the "Two Marks" - Mark Wicks and Mark Fuller - until political tensions in 2008. 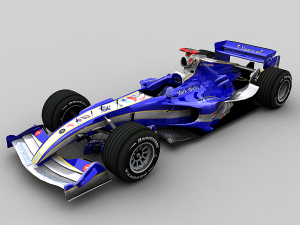 Woods Racing in 2007, celebrating five years in sim-racing (their fourth year in the GPVWC)

The team began their rFactor career in 2009 with Mark Wicks and Juha Tanskanen driving. This soon became Wicks and Dave Carr-Smith as Juha grew frustrated with the car and left. However, Carr-Smith left after an accident in Mexico. The team then fielded Wicks and Dan Rusu in the remaining rounds of the season, leading to a best ever finish of second in the constructor's championship. This was then repeated in 2010, partly down to a new "super-partnership" of Wicks with league veteran Kieran Ryan.

2011 has so far proved tougher for the team. Despite the same line-up with the addition of Rusu and Gregg Lawson as test drivers and the continued support from Mercedes, the team have struggled for pace. They are currently fourth in the Constructor's Championship.

Woods Racing have also entered teams in the Supercup and Masters Series on several occasions. 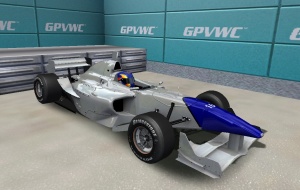