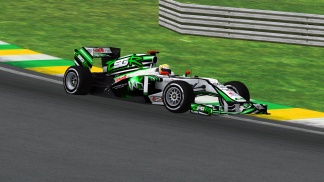 The 2014 Superleague season was the 15th season of the GPVWC Superleague, a simulation racing championship for Formula 1-esque cars and recognised as the highest level of the league's Career Ladder. The season started in Australia on February 27th and concluded in Brazil on October 23rd. In the seventeen Grands Prix of the season a total of fourteen teams and fifty-four drivers competed for the Drivers' and Constructors' Championships.

The 2014 calender featured several revisions from the 2013 season; the Bahrain and Chinese Grands Prix both returned whilst the German and United States Grands Prix both changed the location of their races to the Hockenheimring and Circuit of the Americas respectively. However, the Korean, Turkish and French Grands Prix were all removed from the calender meaning that overall the season was reduced to seventeen races (one down from the previous year).

CSG Racing driver David Fidock stormed to the 2014 Drivers' Championship in his first full Superleague season with 345 points and five victories - finishing every race in the season and never finishing off the podium, becoming only the second driver to do this behind three-time champion Steve Elencevski, who achieved the feat in the 2006 Superleague season. Fidock managed this ahead of his team-mate, Lewis Redshaw, who finished with the most pole positions of the season. CSG secured their first Constructors' Championship in the United States and finished the season with 648 points, 151 points ahead of Midnight Motorsports.

The following teams and drivers competed in the 2014 season. 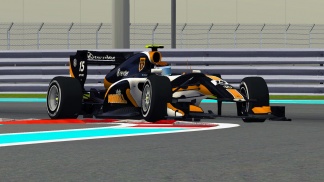 The number of team entries increased to 14 for the 2014 Superleague season with 3 spots available for new teams. All three new entries were promoted from the Supercup. 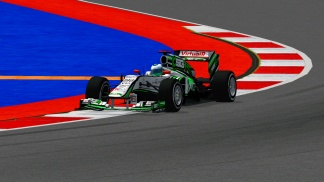 CSG secured their first Constructors' Championship with a 2-3 in the United States. 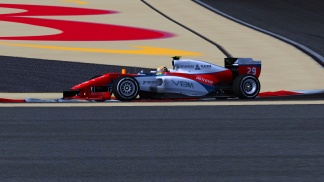 CSG won their first Constructors' Championship after taking a 2-3 in the United States. David Fidock won his first Drivers' Championship in his rookie season after a season-long battle with team-mate Lewis Redshaw. Redshaw won his first Superleague race in the opening round of Australia and managed to maintain championship momentum despite a first win for Fidock in Bahrain. However, results off the podium in China and Spain saw Fidock take a sturdy lead. Redshaw responded well with a three-win streak in Monaco, Canada and Austria though Fidock responded equally well with his own three-win streak in Britain, Germany and Hungary. This streak was the beginning of ultimately eight races though where Fidock outscored Redshaw in some capacity. This included the United States where Redshaw was unable to race and Japan where Redshaw recorded his first retirement of the season on Lap 1. It was at Suzuka where Fidock clinched the title though Redshaw did have a strong finish by securing pole and finishing ahead of his team-mate in the finale at Interlagos.

The 2014 testing schedule is as follows: